In Addis Ababa, the world is being asked to decide on how it will finance our common future.

The year 2015 is the deadline for the achievement of the goals of the current global agreement on how best to tackle the world’s biggest problems. Millennium Development Goals (MDGs) challenged the global community to work together to halve the number of people living in extreme poverty, halve the proportion of people without access to safe drinking water and reduce maternal and child deaths.

The Goals galvanised the most successful anti-poverty movement in history, which helped lift more than one billion people out of extreme poverty, made inroads against hunger and enabled more girls to attend school than ever before. The deadline for the achievement of the MDGs is 2015 and UN members are set to agree a new set of 17 Goals, building on the successes of the MDGs and addressing some of the areas not covered by the original goals.

The question on the table in Addis is, how is the world going to pay for the new ambitions?

Ireland and Kenya have a big role to play

Ireland has been at the forefront of international efforts to come up with this radical, new agenda for the world. The negotiations at the UN have been led by Ireland and Kenya, and Irish diplomats have for many years now corralled and gathered political support for the new global plan for the future.
The Government has stated that the appointment of Ireland as co-facilitator of the international negotiations “is evidence of the international community’s appreciation of our overseas aid programme and other efforts made by Ireland to support vulnerable populations abroad.”  Ireland has invested a lot of energy and time in these negotiations, and is naturally keen that the negotiations end up being a success. Yet, if the Addis summit fails, the likelihood of the SDG negotiations failing is also increased. That is why it is so important that Ireland plays a strong role in Addis, too.

Thank you to Dochas for providing the content for this blog. 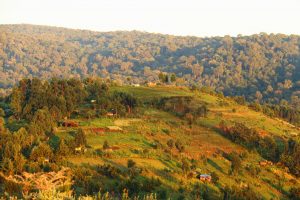 Eco-tourism project launched in Ndubusat, Kenya
We use cookies on our website to give you the most relevant experience by remembering your preferences and repeat visits. By clicking “Accept”, you consent to the use of ALL the cookies. However you may visit Cookie Settings to provide a controlled consent.
Cookie settingsACCEPT
Manage consent