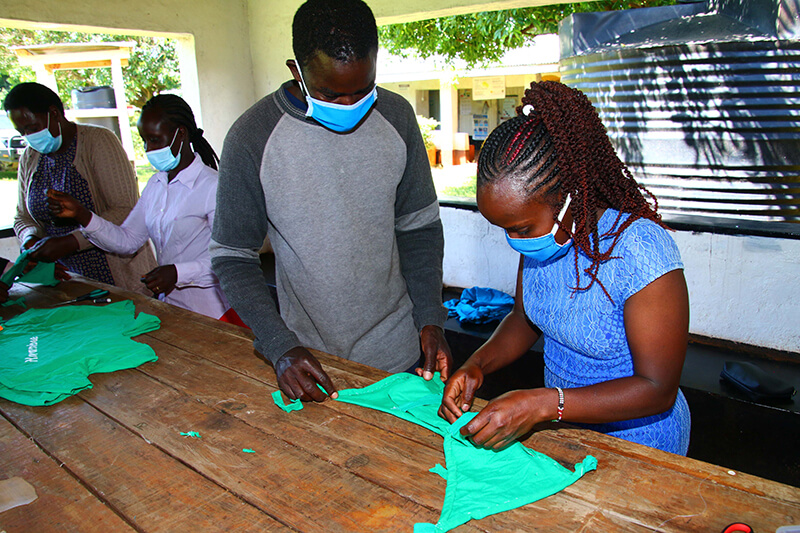 Listening to the radio last week I was both amazed and delighted that finally conversations were taking place on subjects that before now were taboo. Who would believe that Joe Duffy would be taking about menopause! Of all subjects on National radio in broad daylight and not just for a half hour segment for the […] 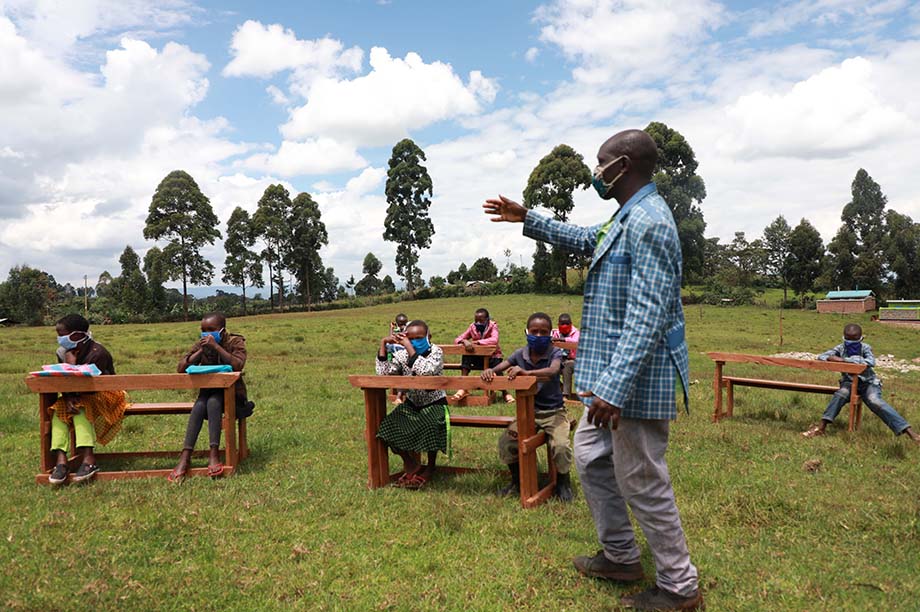 When COVID-19 stop schools re-opening – what happens to the children? COVID-19 has brought about many challenges not least to the lives of the children across Kericho County. As we launch a fundraising campaign to support community based learning groups for the children, we asked Maria Kidney – (co-founder and director) who has remained in […] 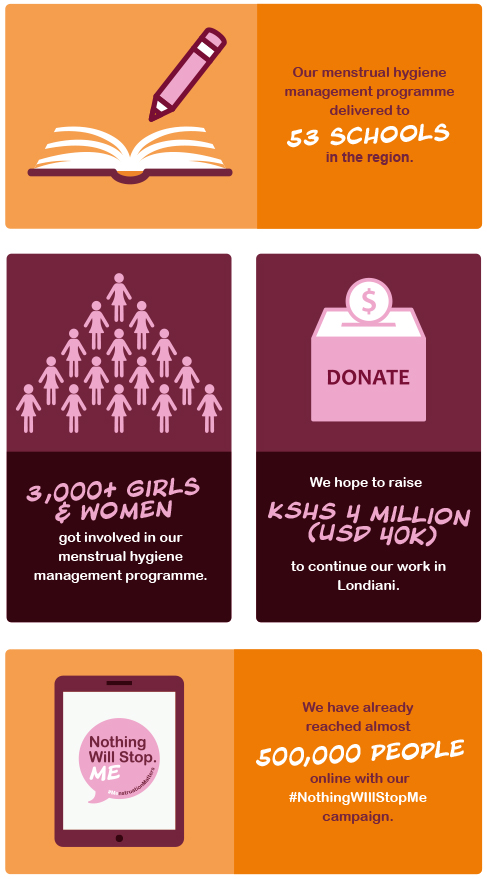 It’s not often that we promote a free, all-day celebration that includes fun workshops and an amazing concert for a cause that promotes hygiene and privacy – but in a way that’s what’s happening in Kenya’s Kericho County on 26 May (we’ll announce the venue soon!). Girls and women around the world are still held […] 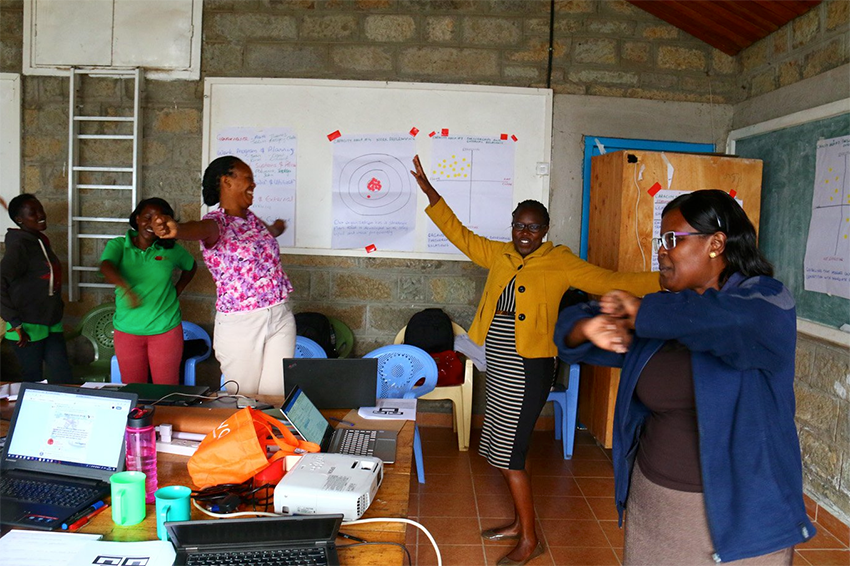 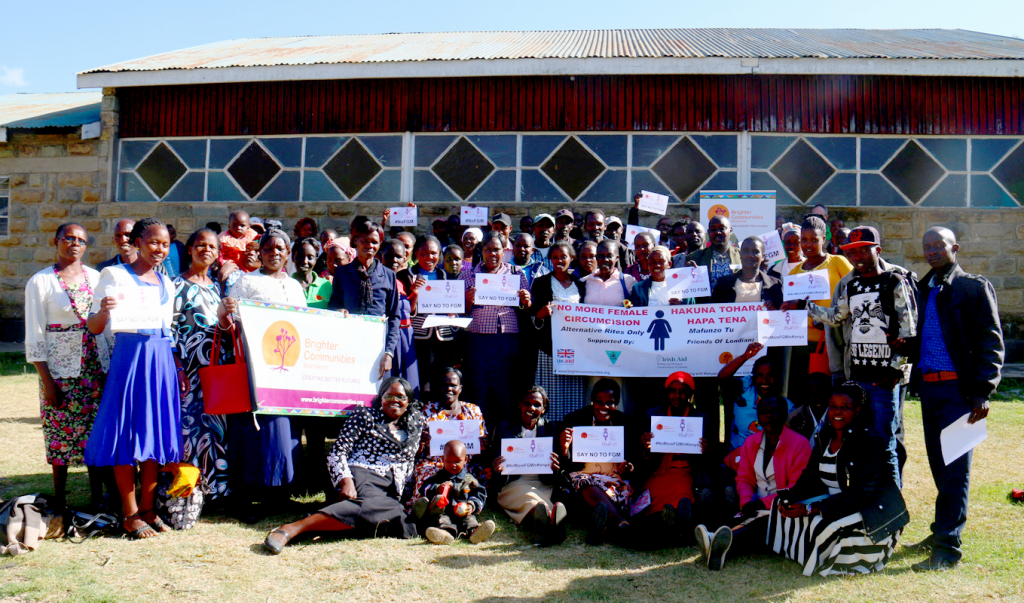 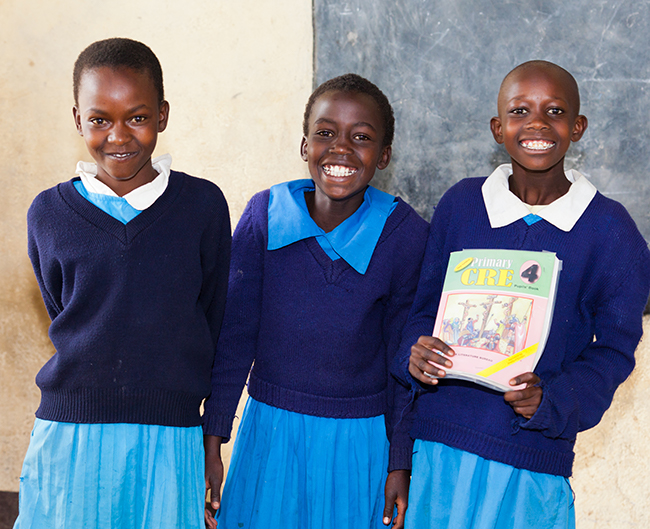 Every year we like to remind our readers and supporters about the UN International Day of the Girl on 11 October – in fact we’ve been doing so since this initiative began in 2012. Girls and their rights are a strong focus of our work and we wholeheartedly agree that, as the UN site says: “Adolescent girls […] 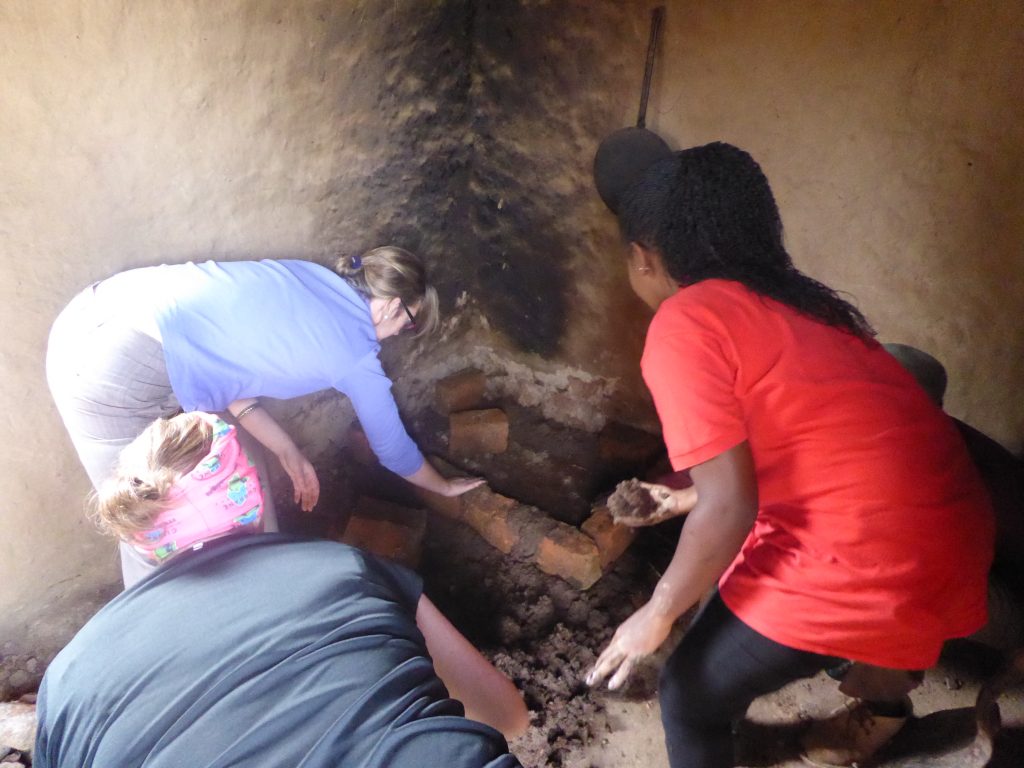 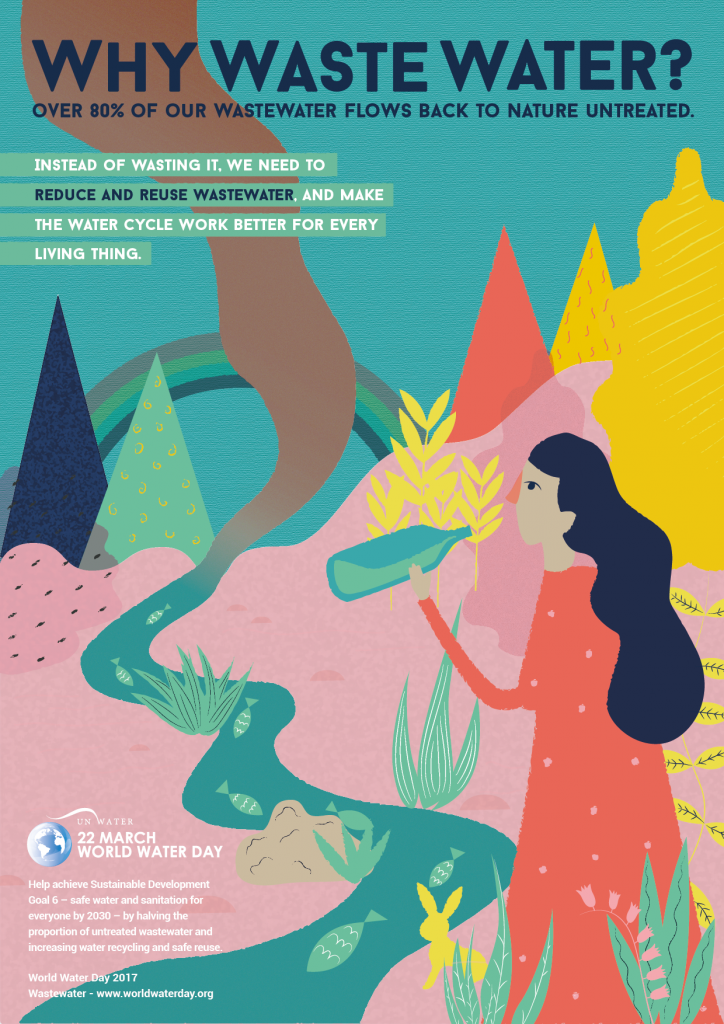 World Water Day is held on 22 March every year and is a way of talking about and taking action on important issues around water. This year the focus is on the water we waste. Globally, the vast majority of all the wastewater from our homes, cities, industry and agriculture flows back to nature without being treated or […] 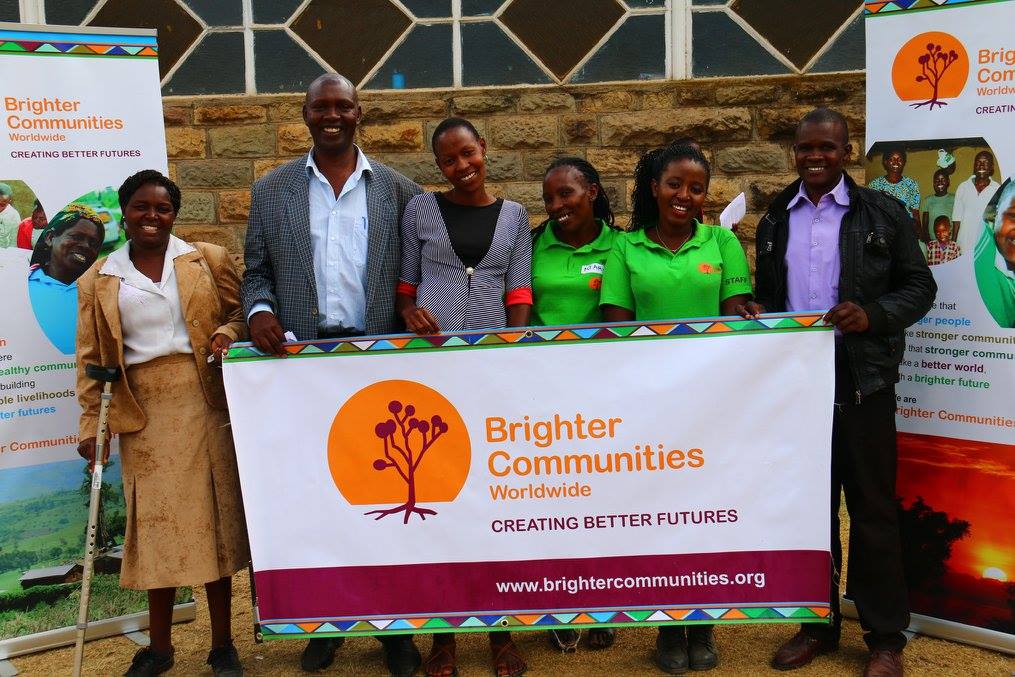 Partnership and communication are key to every good relationship. That is why each year we invite representatives of all our partners (government representatives, communities and schools) to come together and evaluate the year gone by and look at the future together.On the 26th and 27th of January this year 83 people gathered in Londiani, Kenya to […] 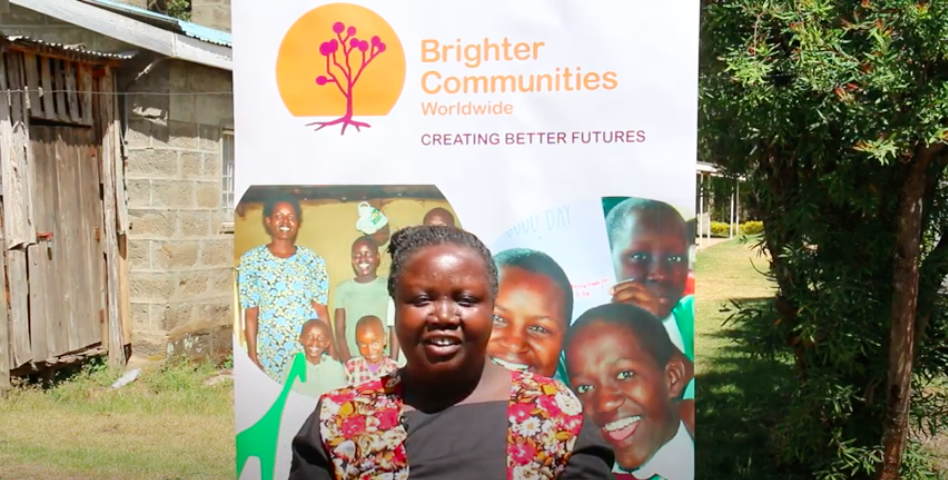 Say no to FGM

February 6th 2017 is International Day of Zero Tolerance for Female Genital Mutilation (FGM). This year’s theme is “Building a solid and interactive bridge between Africa and the world to accelerate ending FGM by 2030”. Since 2009 Brighter Communities Worldwide has been working in partnership with communities across Kenya to run an FGM/C Abandonment Programme. This weekend in Londiani […] 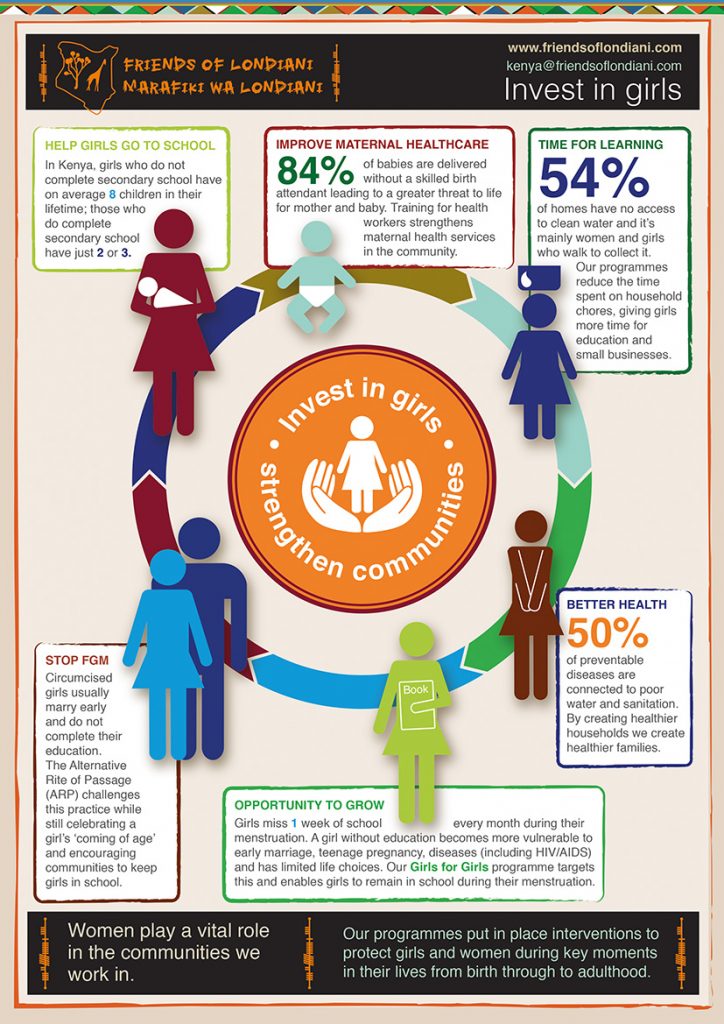 Stand up for girls

Every year on October 11th organisations, individuals, governments and groups all reflect on how far we’ve come in addressing issues of gender inequality. To celebrate the difference we’ve made to girls lives and to consider how we can further strengthen communities by doing even more. Because we know that by investing in girls we can […] 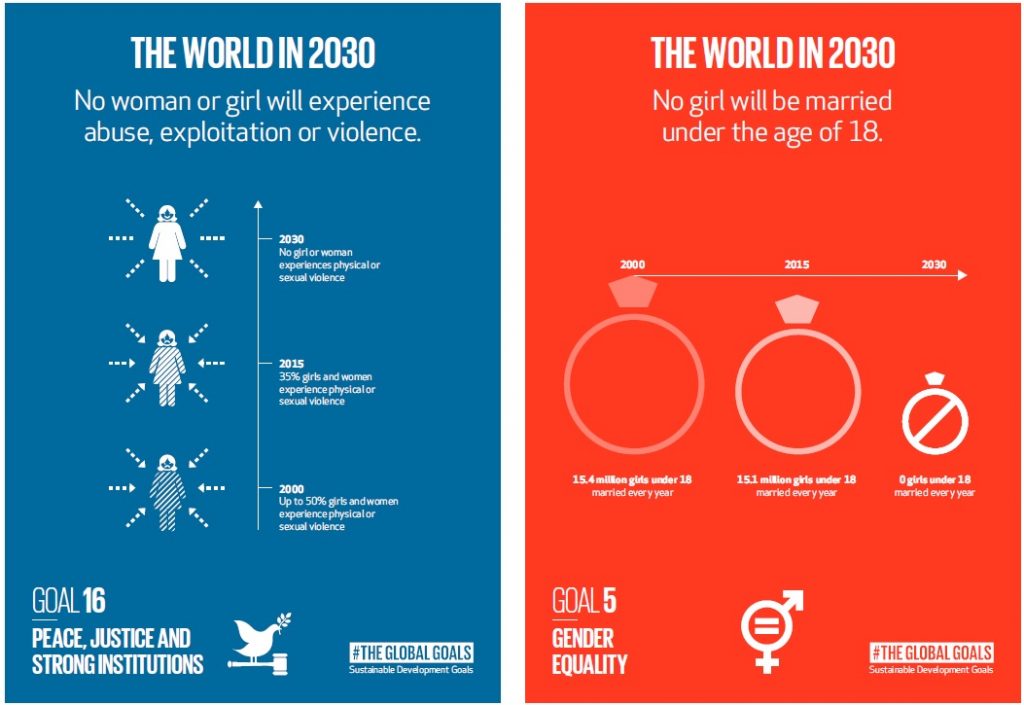 We’ve talked a lot about Global Goals to end poverty, fix climate change and fight inequalities by 2030 – the UN’s Sustainable Development Goals. These Global Goals were agreed by 193 countries last September and every September when world leaders gather at the UN we take the opportunity to remind them to take action and deliver […]

Read More
X
We use cookies on our website to give you the most relevant experience by remembering your preferences and repeat visits. By clicking “Accept”, you consent to the use of ALL the cookies. However you may visit Cookie Settings to provide a controlled consent.
Cookie settingsACCEPT
Manage consent