As we have said many times before, the best theme for a blog about International Women’s Day would be why it is no longer necessary.

Realistically though, that day is still some way off. On the other hand, some of the issues that have driven the need for International Women’s Day – most notably female genital mutilation and violence against women – have in recent years been addressed more clearly and powerfully than ever.

And, this year in particular, so have a lot more. The #metoo campaign may have been driven by events in powerful industries far away from rural Kenya where Brighter Communities Worldwide focuses its efforts, but it is giving more women everywhere the confidence to speak out about mistreatment and abuse. And gender parity, or lack of it, which is the theme of this year’s International Women’s Day, is also getting some publicity, to the benefit, we hope, of women everywhere, through the highlighting of the hashtag #PressforProgress.

While gender parity is about much more than earnings, pay is a theme has recently been highlighted by media reports on industries where senior women executives earn less than men. But we always need to remind ourselves that gender parity isn’t just about overcoming unnecessary pay differentials in better-off countries. It’s about lots of other things – including giving women the chance to do paid work in the first place.

In fact in many parts of the world, genuinely helping women to enjoy parity with men is less about questioning top corporations than about addressing much more fundamental issues like giving girls a good education, enhancing access to cheap and effective sanitary products, encouraging healthy practices and helping women to start businesses.

These are some of the areas we have highlighted in collaboration with local people and government for more than 15 years in Kenya. And we will continue to highlight these areas because we know that progress towards gender parity comes in many forms – from better pay and better schooling to health education and freedom from abuse.

After all, the aims of International Women’s Day are not country, group or organisation-specific. The day belongs to all women. 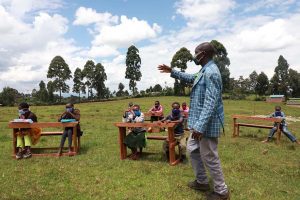 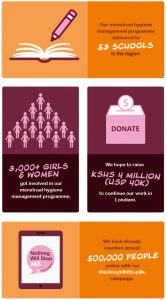 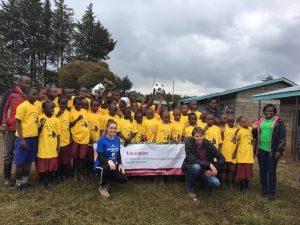 One the ground experiences from our uni student volunteers
We use cookies on our website to give you the most relevant experience by remembering your preferences and repeat visits. By clicking “Accept”, you consent to the use of ALL the cookies. However you may visit Cookie Settings to provide a controlled consent.
Cookie settingsACCEPT
Manage consent