For the first time in our history, a song has been created to support our campaign to end period poverty and our work with women and girls.

Produced and released by Sub Sahara Entertainment in Nairobi, the song is a collaborative effort from Kenyan Artistes supporting International Menstruation Day on 28th May 2018.

NOTHING CAN STOP ME NOW is the latest track produced by Ulopa Ngoma, KuMa and Dre.

Suzanne Gachukia-Opembe is an established music artist and producer in Kenya, and is also the wife of the Kenyan Ambassador to Ireland, she said: “Brighter Communities Worldwide has been uplifting the lives of Kenyan girls, women and youth in the Rift Valley for the last 16 years. After learning that I am a musician and producer, they approached me to support their annual event.”

Suzanne wrote the lyrics to the song and drummed up support from the new age Sub Sahara contingent, to come up with the smash hit. Producers – Ulopa, KusMa & Dre didn’t disappoint – with dope beats. Director Kevin Bosco stepped up to the plate with an enticing and budget friendly visual. The artists turned up and left their egos at the door for a good cause.

Watch the new Brighter Communities ANTHEM – Nothing Can Stop Me Now here https://youtu.be/XdgrmtzTFaU

You can donate to the campaign at www.nothingcanstop.me 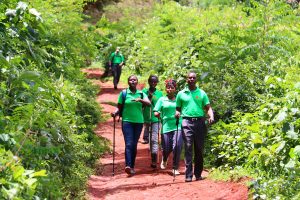 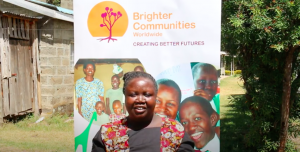 Say no to FGM

Harambee 2009 – Group one departs
X
We use cookies on our website to give you the most relevant experience by remembering your preferences and repeat visits. By clicking “Accept”, you consent to the use of ALL the cookies. However you may visit Cookie Settings to provide a controlled consent.
Cookie settingsACCEPT
Manage consent